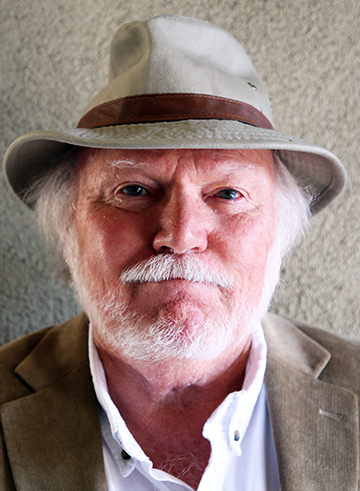 I have spent my professional life as a reporter, editor, photographer and journalism teacher. I am originally from the Detroit area. I received my bachelor’s in journalism from Michigan State University in 1965, after stringing for various small newspapers in the East Lansing area. After graduation I worked a year and a half as a reporter and photographer for the Silver City Daily Press in Silver City, New Mexico. I believe that education is a lifelong process, and Silver City marked a new beginning for me. I learned to write and edit with accuracy, brevity and clarity, the ABCs of news writing. I learned that a city guy in plaid shorts should never climb the fence at a rodeo to take a picture of a brahma bull. Then I moved to Butte, Montana, another town of ranchers, cowboys and copper miners, where I worked a year and a half for the Montana Standard. It was a bigger paper in a bigger own and my education continued. I helped cover a months-long strike by copper miners and interviewed railroad crews working in 43-below-zero weather. I learned a lot about editing wire copy, laying out feature pages and covering court trials. Then I moved to California and worked 20 years at the Hayward Daily Review, where I was a reporter, wire editor, transportation writer, city editor, entertainment page editor — most of the newsroom jobs. During that time I earned my master’s degree in mass communication from San Jose State University. Then the paper was sold, new owners decimated the staff, and I left voluntarily to work for two sailing magazines. I worked a year for Latitude 38 in Mill Valley and for six years edited Bay and Delta Yachtsman, with offices in Alameda. I did a lot of sailboat racing during this time, and lived on a houseboat in Sausalito. Then I started teaching full time at Ohlone College in Fremont. For 20 years I advised the school newspaper and taught two regular classes: beginning news writing and introduction to mass media. I have been retired for six years but still teach one or two classes at Ohlone each semester. I am a director of the San Francisco Press Club. My education continues.