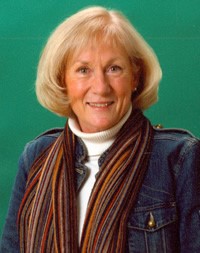 Sam Kauffman has spent over twenty years writing in various literary genres along with teaching junior high, leading workshops all over the US, presenting for the Literary Stage, CWC and the San Mateo Library. She has been an Artist in Residence at a school in New Mexico.

She is an award winning lyricist and poet. Her poems have appeared in assorted award winning anthologies. One of these anthologies, Fault Zone Reverse, has won the Independent Press Award, anthology division. It is one of the four finalists in the Indie Publishers Awards. Both are international contests.

Additionally Sam has written the music and scripts for ten, one woman musical dramas performed across the United States along with a series of twelve children’s stories, eleven poetry chapbooks, two books and various short stories.

She has adjudicated both literary and national vocal competitions.

Sam lives in Foster City. She is a wife, mother and grandmother –owner of one mischievous Wheaten Terrier.